Looking for some more outdoor activities to do in a day trip from Nagoya, I stumbled across a blog mentioning the Kakizore Gorge in Nagano. It looked amazing. The water was so inviting and it’d been so hot and humid lately I was determined to find this great spot, taking in all of the natural beauty and hopefully be able to have a swim. 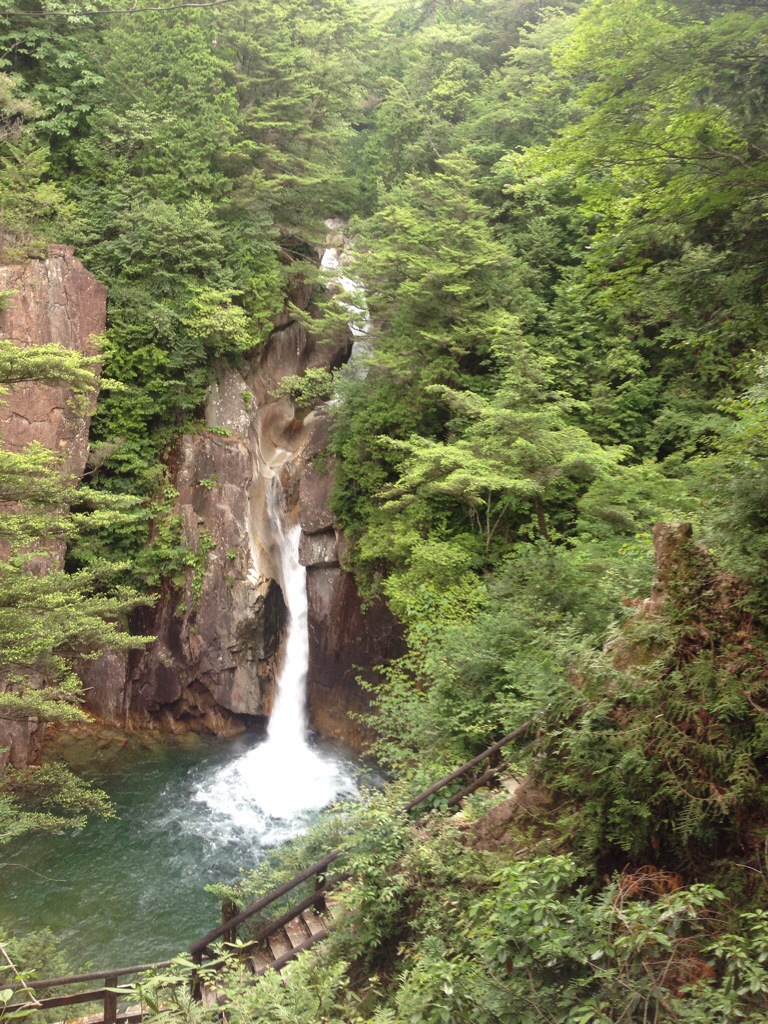 From Nagoya the trains to the start point at Jūnikane aren’t very frequent so my friend Tim and I were up nice and early to catch the 8.36am train. It took about 2.25 hours, including swapping trains at Nakatsugawa. The scenery on the way was so beautiful which made the slow trip a bit more enjoyable!

We arrived at the small station in Jūnikane which was pretty much isolated with no ticket machines, and nothing else living except for a collection of insects in the waiting room… and the bathroom, which of course was a small dirty room with an old squat toilet (word of advice, pee before you get there if you can). 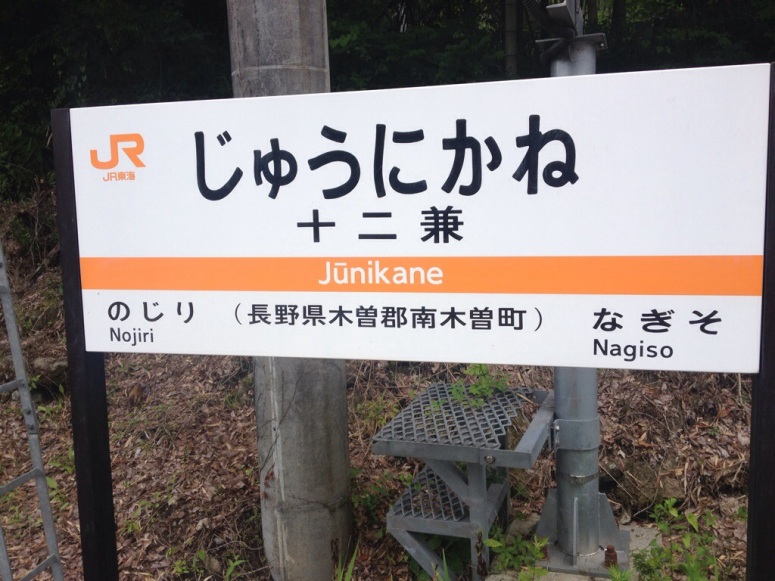 There were two maps at the bottom of the station stairs which gave us a pretty good indication of where we should be heading. The path was pretty easy going to get to the track which leads to the waterfall, mainly road walking. The scenery was incredible. We were constantly surrounded by mountains and I can’t even remember the number of gardens with fresh produce and rice fields that we passed. I fell in love with the old locals in their gardens, particularly the old lady carefully working on her veggie garden but stopped when she saw us approaching to say ‘hello’, and what we think was ‘it’s hot today’. 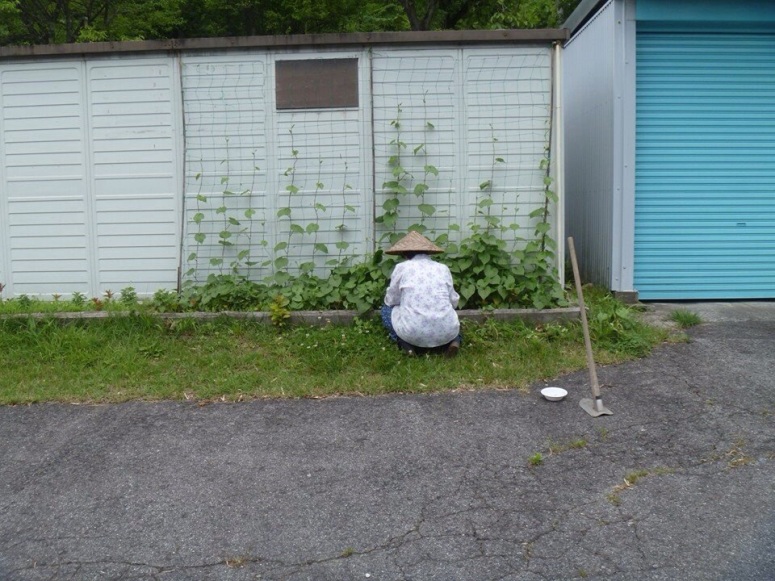 It was obvious that the gorge isn’t a known tourist attraction, with all the signs written in Japanese and out of scale making it a little hard to navigate. Luckily Tim had a phone which we could use to spot check where we were in relation to the river.

We found the suspension bridge, a significant point on the maps we looked at, which pretty much was the start of the track to the waterfall. It was so pretty the whole way, except for some scaffolding where they are doing some maintanence.

It didn’t take long to get to the waterfall once we were on the track, maybe 20 – 25 minutes or so. And we stopped to take a few photos! The path is maintained well so it isn’t a very hard walk, but there are a few flights of steep stairs at the end just before the waterfall.

There was a little wooden pagola built at the top of the stairs with a table and chairs where you could, like we did, sit and eat your lunch taking in the ambience. Pure bliss.

You couldn’t actually swim at the waterfall because it was pretty much impossible to get to the water, but there were some spots along the way you would be able get in. Unfortunately we didn’t go swimming, despite that being one of the reasons I wanted to go. The crystal clear water was so inviting, until I took a step into it and the water was as cold as ice, making my feet and legs hurt and then go numb.

There is apparently two more waterfalls but the maps, which weren’t even vaguely to scale, indicated that the road leading there was blocked off. I have to admit that before we saw that on the map we did spend quite a bit of time walking in circles trying to find these hidden gems, which I read were great swimming spots.

Overall it was a really fun but tiring day… Both Tim and I crashed on the train after finishing off the Oreos, having a nice cheeky nap which left me with a sore neck but slightly refreshed.

Trains to and from this train station are very infrequent so if you decide to do the walk, make sure you check what times the train leaves so you can plan to be back there at a certain time. 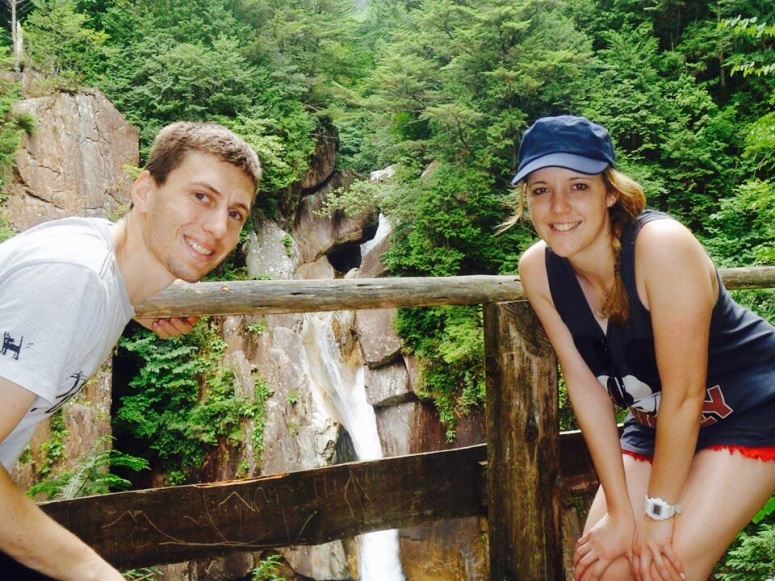 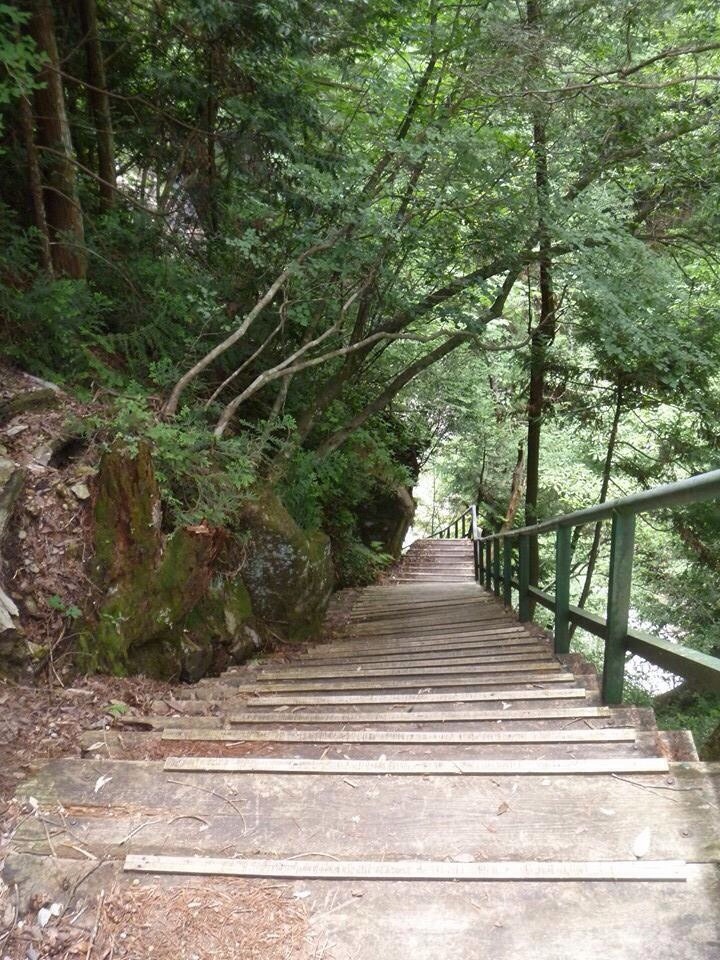 2 thoughts on “Kakizore Gorge, a fun day trip from Nagoya”