Last weekend we went to Tokyo. We had approximately 30 hours which we squeezed as much into as possible…. including as much food as possible! One of the restaurants that was on the list to try was Gonpachi Nishiazabu, the restaurant which inspired the set for the scene in Quentin Tarantino’s movie, Kill Bill Volume 1.

Although the restaurant is not exactly the same as the movie set, which was actually built in a studio in China, the layout was considerably similar. 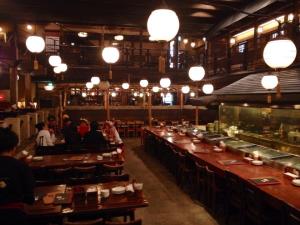 This restaurant isn’t overly known for its food, but apparently does have a great lunch deal for approximately 1000yen. We missed the lunch deal, but were able to get Oyako Don (chicken and egg rice bowl) for approximately 900yen, which came with miso soup. It wasn’t the best food I have eaten, but it was pretty tasty and quite filling! And after all, we didn’t go there for the good food, but the novelty of the setting. 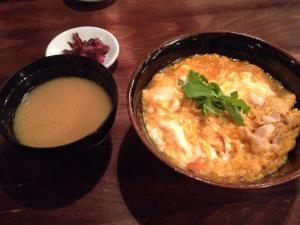 The restaurant employs foreigners as their waiting staff and chefs, in fact the majority of the employees we saw were foreign, which is useful if you don’t speak Japanese. The menu also comes in English.

The official address for this is in Nishi-Azaba, and it is thought the best way to get there is via the Nogizaka subway stop on the Chiyoda (dark green) line. However, a local told us that it would be best to walk from Roppongi station, which was extremely close, and a really cool neighbourhood to walk through and explore.

If you’re in the area you should definitely check it out, even just pop your head in to see the space It’s pretty exciting! 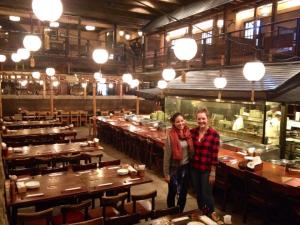 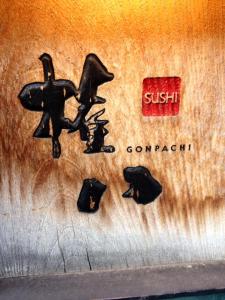 2 thoughts on “A Kill Bill kind of meal”